A dynamic group of local residents from diverse backgrounds and politics came together to create OPC.

The idea for a people’s commission originated with community advocate and investigative researcher, Ken Rubin. But momentum quickly grew as different parts of the community expressed concern that during and since the occupation, their views had been largely ignored and their losses forgotten.

Centretown Community Health Centre (CCHC) was approached to see if this fit with their programs and services. Throughout the occupation, CCHC staff, clients and community members spoke about the importance of having a forum to share their lived experiences in a meaningful way that would contribute to changes in how future disruptions could be better managed. CCHC agreed to take on this important initiative, working with local residents to bring their vision of a People’s Commission to life.

Why a People’s Commission?

Local residents were traumatized by the three-and-a-half-week convoy occupation of our city, leaving a community in need of healing and justice.

People were looking for a venue to address that trauma and their losses – but also to hold to account those that failed to end the occupation and protect public health and safety.

Official inquiries at the local and federal level were limited in their scope and ambition. They gave no confidence there would be a substantive, independent review – or that residents’ voices and views would be heard.

With a focus on accountability to the community, OPC chronicles what happened and failed to happen during and after the convoy – and its impact on residents, workers and businesses.

Through community consultations and public hearings – presided over by independent Commissioners – information was gathered and recommendations forged.

Public hearings were held through the fall of 2022. Part I of OPC’s report — What we heard — was released to coincide with the one year anniversary of the occupation. Part II will be released in Spring 2023.

OPC works to be open, transparent and accountable to the community.

Oversight and support to OPC is provided by a Steering Committee which includes:

OPC is led by four respected, independent and empathetic Commissioners with deep experience in human rights and community action. 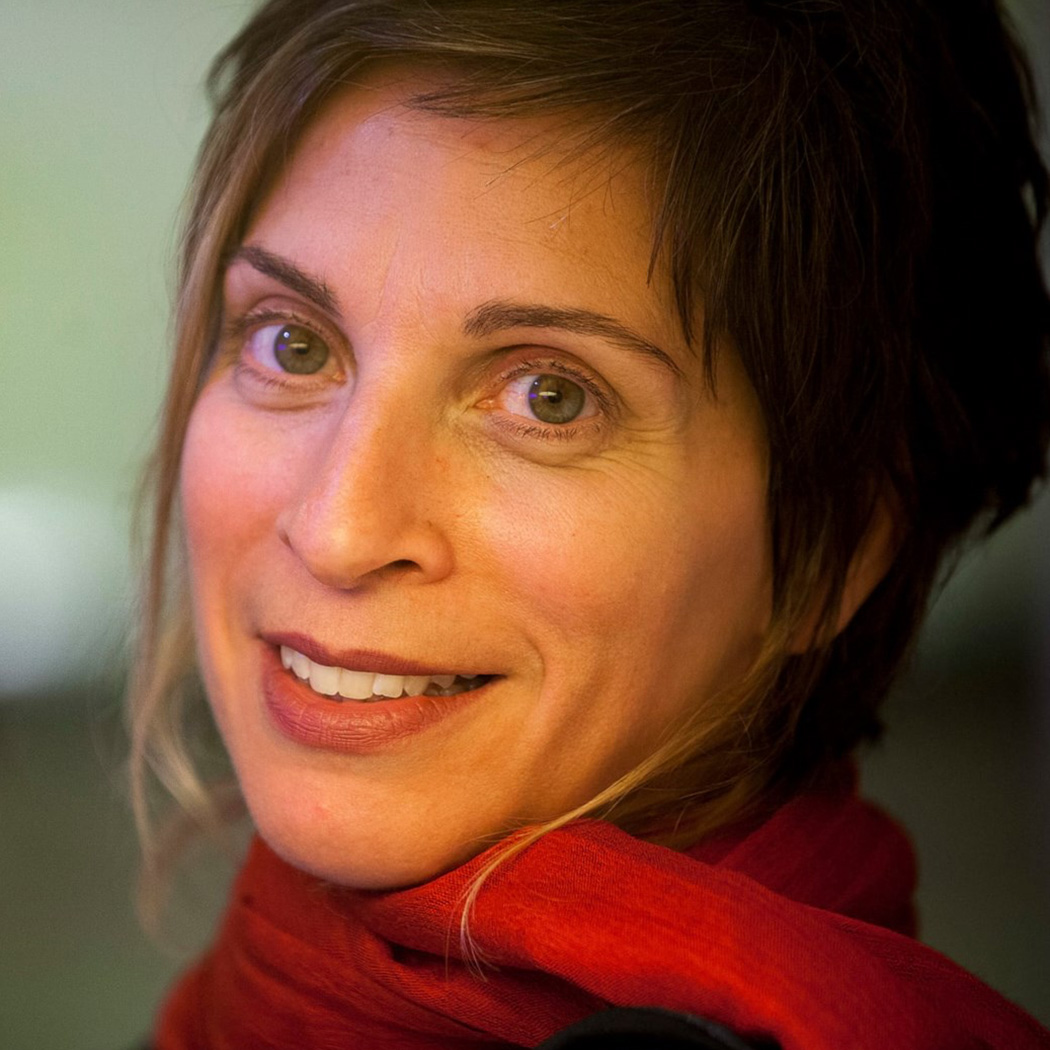 Leilani is Global Director of The Shift – an international human rights organization focused on housing, and the former UN Special Rapporteur on the Right to Housing, a post she held from 2014-2020.  Her work is animated by the principle that housing is a social good, and a human right – not a commodity.

Leilani serves as a Commissioner with the International Commission of Jurists and has a long history working in Canada to advance human rights. As Executive Director of Canada Without Poverty (2012 – 2020) she launched a successful Charter challenge to the tax rules governing charitable organizations.

Leilani, who is from Ottawa, co-chairs a national working group on housing issues and is working with cities across the country to use human rights law to effectively address homeless encampments. 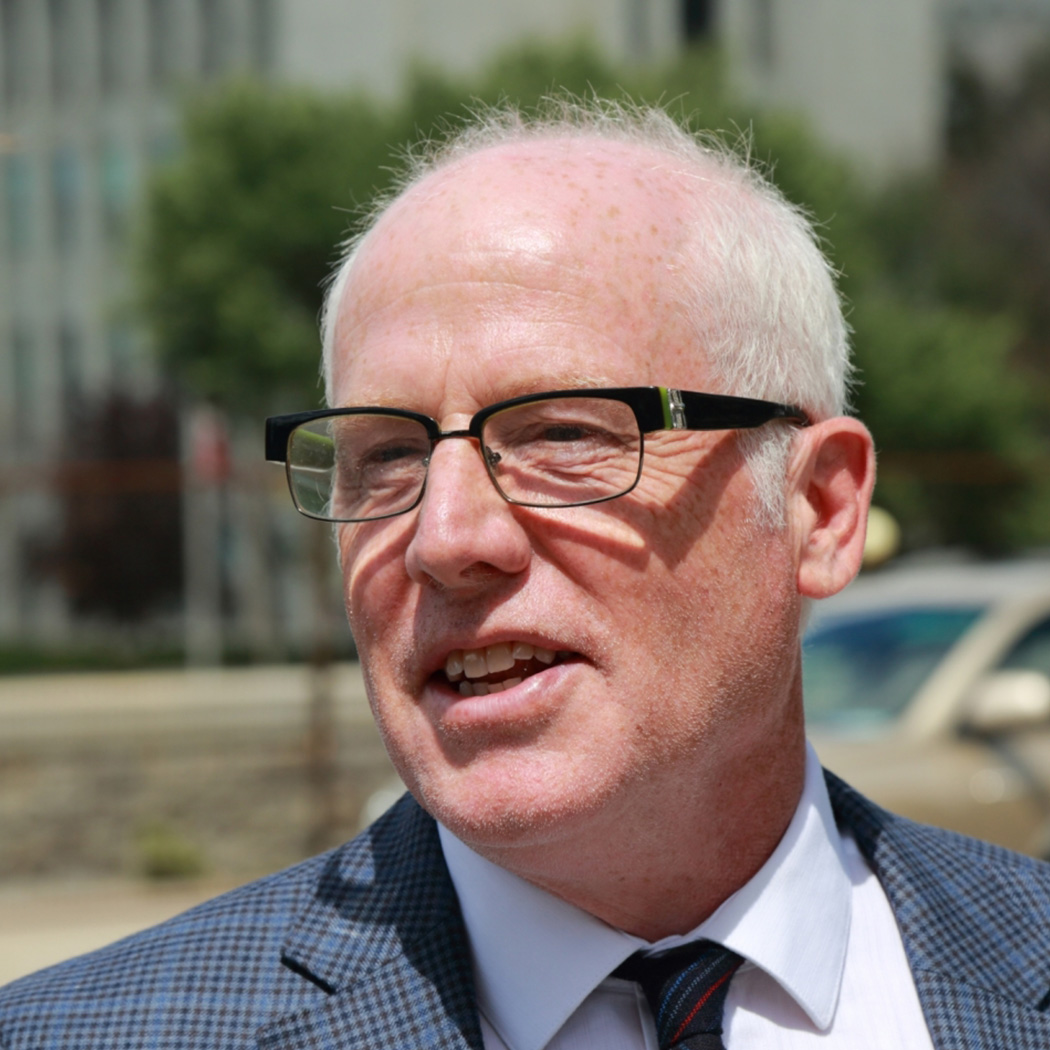 Alex is an adjunct professor in international human rights law at the University of Ottawa and Dalhousie University, and a Senior Fellow with the uOttawa’s Graduate School of Public and International Affairs. He served as Secretary General of Amnesty International Canada from 2000 – 2020. In that role he led and took part in over forty human rights delegations throughout Africa, Asia, Latin America, Guantánamo Bay and, closer to home, First Nations communities in Canada.

Alex is a lawyer, with an LLB from Dalhousie University and a Master’s in International Human Rights Law from the University of Essex. He has served as a member of the Immigration and Refugee Board, serves on the Board of the Centre for Law and Democracy and is a Fellow with the Atlantic Human Rights Centre.

An Officer of the Order of Canada, Alex is a long-time Ottawa resident. 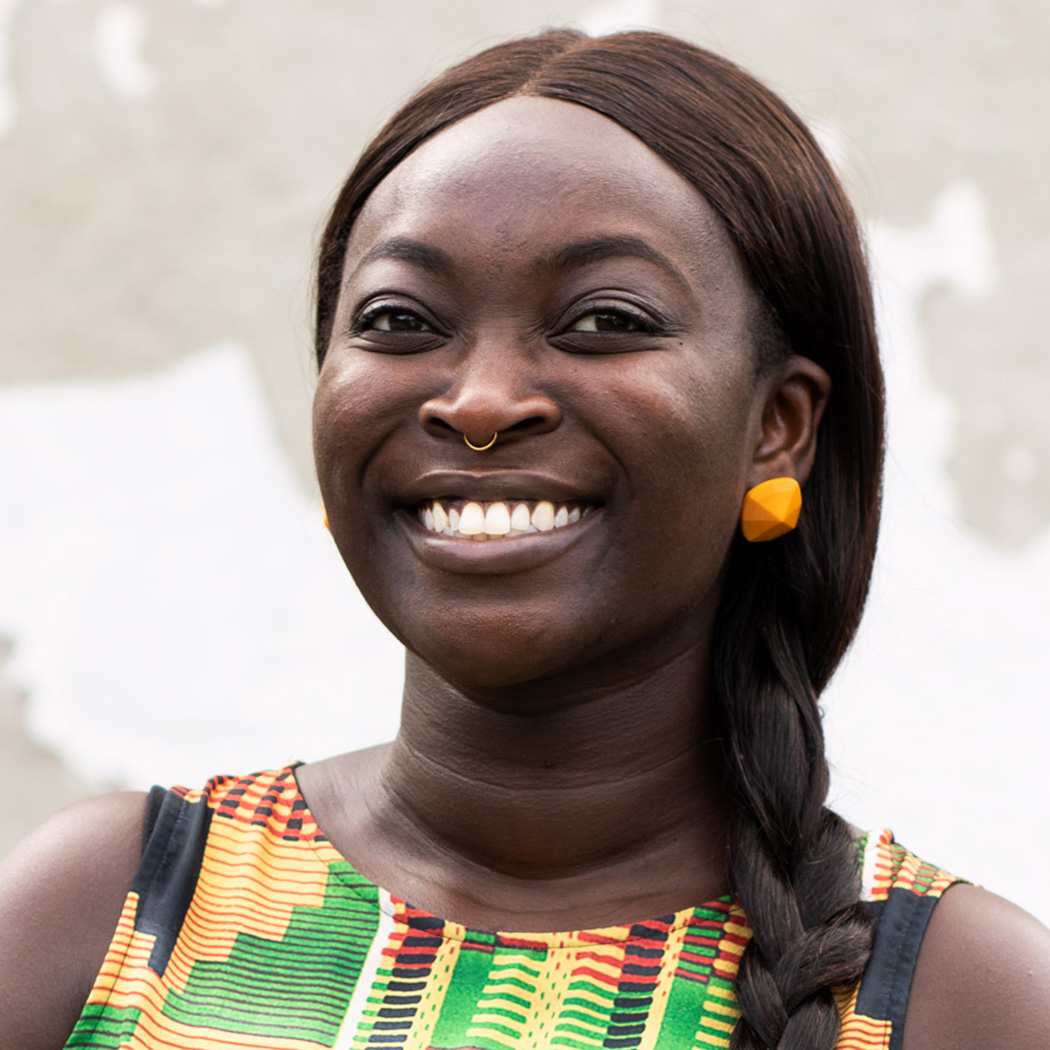 Debbie is an award-winning Black feminist with over eight years of local and international advocacy experience in a variety of roles ranging from programming and counseling to policy analysis and project management. She became the new Executive Director at the Canadian Centre for Gender and Sexual Diversity (CCGSD) in July 2020.

Debbie holds an MA in International Affairs. She has had the pleasure of bridging her passion for social justice with international development at Oxfam Canada and Global Affairs Canada – as well as through volunteering and leading feminist initiatives locally with organizations like the Ottawa Dyke March, Harmony House Women’s Shelter, and Planned Parenthood Ottawa.

When she isn’t active in her community organizing events, Debbie is probably on a field somewhere playing rugby. Or baking a cake. 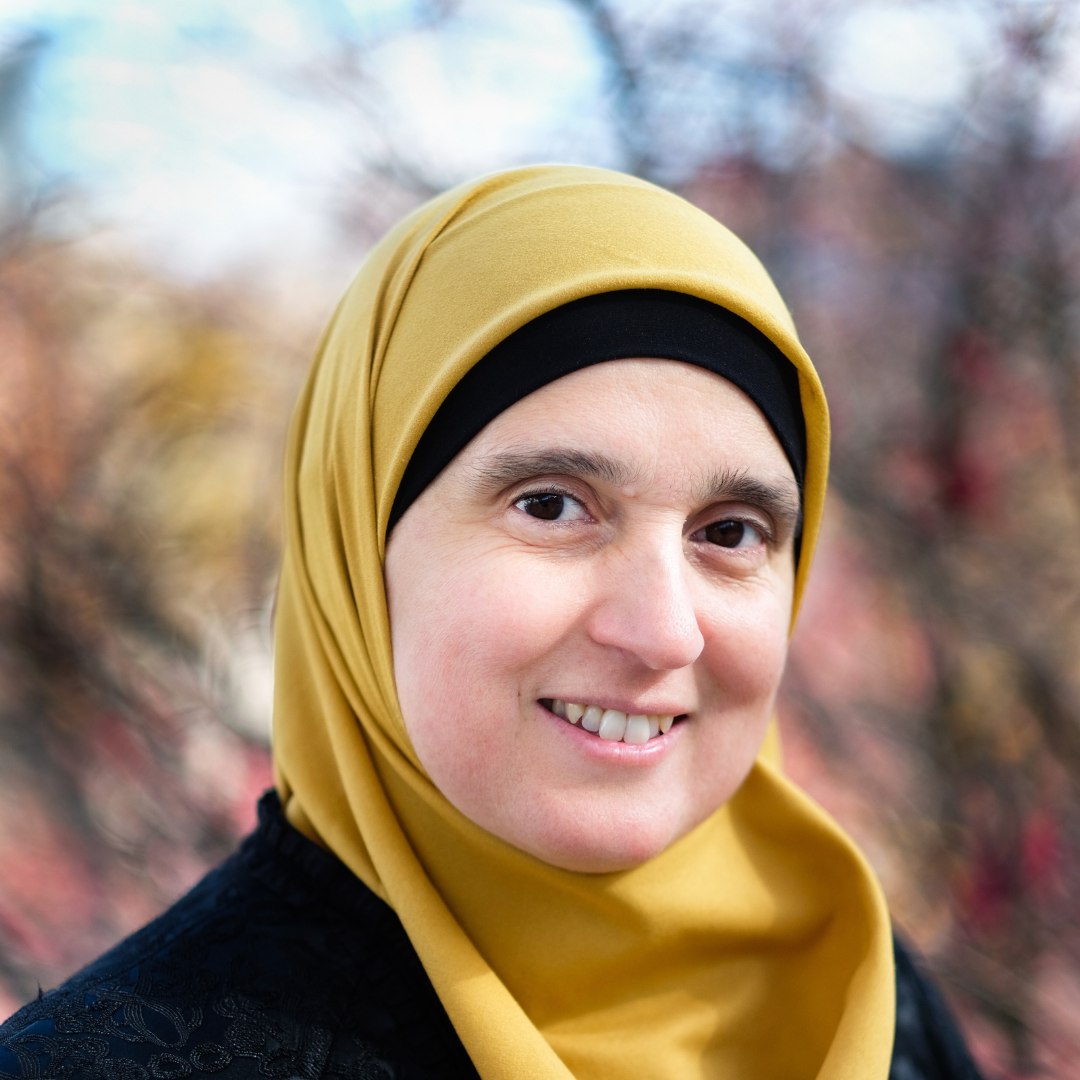 Monia is an award-winning author and human rights activist – and an Adjunct and Research Professor at Carleton University’s Department of English and Literature. She writes in French and English and has authored a memoir and three critically acclaimed novels. Her latest novel, Farida won the Ottawa Book Award for French fiction. Her new memoir, “My personal journey with a “Scar…f”, an essay/memoir about gendered islamophobia, will be published in 2023.

Monia is very involved in her Ottawa community, raising funds for affordable housing. She sits on the boards of the Rideau Institute, Ottawa Muslim Women’s Organization, Canadian Centre for Policy Alternatives, and the Association des Auteures et Auteurs de l’Ontario français. Monia is a member of the International Advisory Council for the Institute for Canadian Citizenship.

To maintain their independence, Commissioners operate at arms-length from CCHC and the OPC Steering Committee but draw on their support.

Local residents shared their stories and presented their views at 14 hearings held online and in different downtown neighbourhoods during the fall of 2022.

Hearings were open to the public and posted to YouTube. Some were geared to specific groups, for example, the disabled community or journalists or convoy supporters.

As well, eight community consultations were held, targeting specific groups directly affected by the occupation, including the homeless, Asian seniors, 2SLGBTQIA+ community members and others.

Every effort has been made to remove barriers to participation and ensure OPC was open and accessible to all, providing translation, interpretation and other supports where needed. Support from trauma counsellors was also offered.

Many people who are Indigenous or Black or a person of colour, members of the 2SLGBTQIA+ community, younger folk or older, people with disabilities, migrants, people living rough, and others face daily discrimination and hate — before, during and since the occupation. OPC did not want to increase the risk they might be targeted or trolled.

For that reason, OPC worked with community leaders from diverse groups to create safe spaces where people could come forward to share their stories and reflect on their collective experience. This input has been invaluable to the Commissioners in deepening their understanding and informing their recommendations.

As well, OPC has worked with an Inner-City Stakeholders Group, including folk from community associations and agencies, business groups and unions, faith communities and organizations representing diverse groups — especially those confronting hate, discrimination and marginalization — to promote collective action to preempt a repeat of the convoy occupation.

How Can You Help?

The OPC cannot operate without funds and volunteers. Your contribution, however small, can make a big difference, ensuring the community’s voice is heard.